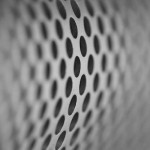 I’ve been toying with the idea of upgrading my iMac ever since I started to use Aperture. The spec of the original machine was always going to struggle: I maxed out the memory at 4Gb earlier in the year [it was a 2008 vintage], but it went off a cliff performance-wise. Aperture crashed a few times on the original import of my image library, and although I’m pretty sure that I got all of the wrinkles out, it was an indication of some frustrating performance issues ahead.

I gave the iMac I7 a long hard look, but didn’t really fancy having a 27″ monitor sitting on the dining table. I’d some concerns [subsequently allayed by a friend who uses one for work] about them running hot, but the upgradeability was also a potential issue. I decided [after some extended domestic discussions, it has to be said!] to move on a Mac Pro. To have comparable memory speed to the iMac, you are in pretty heady CPU territory – the six core Westmere.

In order to have at least some control over runaway costs, I decided to go for the base level of storage [I’ll look at an SSD some time next year, when the dust – of the scorched credit card – has settled], and 6 Gb of RAM. But I thought I might as well go for the 5870 GPU, as the upgrading the 5750 after the fact would be pretty expensive.

The other hard choice to be made was with the monitor. Again I didn’t fancy Apple’s 27″ beast [or the cost of it], so started looking at 3rd party kit. After a fair amount of research I took the plunge for a Dell SP2309W as I saw some pretty decent reviews for it. It’s a little bit industrial in terms of design and – rather quaintly – has that squidgy LCD that you tend not to experience anywhere outside of work these days.

The integrated camera works well enough, but I’ve hit a brick wall with trying to get the microphone to work. No great loss: I’m a very occasional Skype user, and a USB mike would be no more than a few quid if I were sufficiently motivated. Bottom line, the screen is great, and that was what it was all about for me.

So am I pleased, overall? Absolutely. Aperture is now as fast as I’d hoped for. It’s not without the odd little stutter – like trying to scroll the Faces’ list as soon as the screen loads – but you have to seek out problems, rather than be faced with them everywhere. Backing up a DVD for Apple TV was an interesting experience: 20 minutes, rather than the guts of two hours, and that was with some Aperture messing in the background as well.